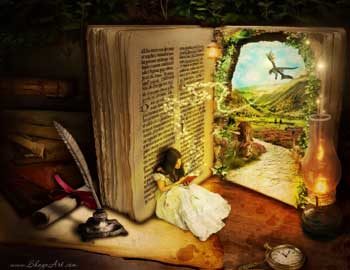 Once upon a time when we were young, we loved to listen to bedtime stories. Our days were filled with imaginary castles and with lovely fairytales, with princes and princesses of the far-off lands, with animals that talked and with trees that walked! Such a distinct memory it seems to be. The stories that made and shaped our childhood seemed to be lost now. But what if we tell you that you can fall back in time and relive those lost moments again? Yes, it’s true. Many countries have issued our favourite fairytales on stamps! You can now collect them and get lost in those far away fairy lands again… 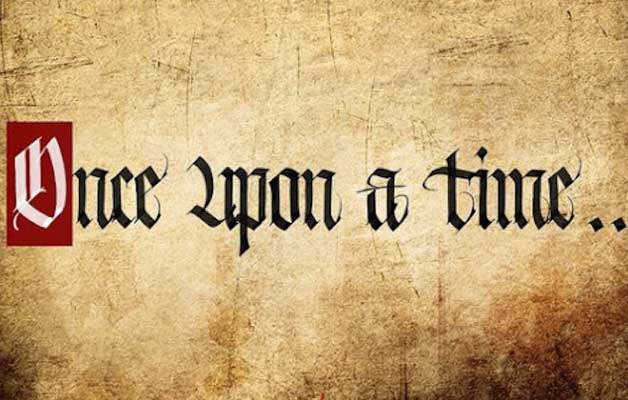 The stories are those which we have heard and read so many times, yet each time we enjoy them anew. But who wrote them? Who compiled our fairy tales?

In the early 17th century in the glittering city of Paris in the kingdom of France, there was a man named Charles Perrault. He was a French author who laid the foundations for a new literary genre, the fairy tales! A member of the Académie Française and a leading intellectual of his time, his dialogue Parallèles des anciens et des modernes (Parallels between the Ancients and the Moderns), served as a forerunner for the Age of Enlightenment in Europe, an era that was not always receptive to tales of magic and fantasy.

But he was a lawyer before he turned to writing. After completing his studies, he began a career in government service. Under Jean Baptist Colbert, the Finance Minister of King Louis XIV, he served as secretary of the Academy of Inscriptions and Belles-Lettres. When he lost he job as a secretary in 1695 he decided to dedicate himself to his family. In 1697 he published a book, Tales and Stories of the Past with Morals (Hisoires et Contes du Temps Passé), which is sometimes better known by its subtitle: Tales of Mother Goose (Les contes de ma Mère l’Oie). The book was a compilation of fairy tales, some of them being derived from pre-existing folk tales or old oral folklore.

Now, unfortunately, there are no stamps issued to honour Charles Perrault. But the fairytales that he wrote himself (Cinderella, Sleeping Beauty, Little Red Riding Hood, Puss in Boots, Blue Beard, Ricky of the Tuft and Little Thumb) are featured on stamps of many countries.

The first stamp depicts a fairytale we all know by heart. It’s the tale of a young girl who is harassed by her step-mother and sisters, forbidden to attend a royal ball, but finds help and support in her humble friends and godmother, meets the Prince at the ball, forgets her glass slipper behind and ends up marrying the Prince. This story is one of the most famous for adaptations, with the 1950 animated movie from Disney studios being the most popular. This stamp from Monaco depicts “Cinderella” in ragged clothes, fairy godmother, the pumpkin carriage and the glass slippers.

The next one is of a story that goes by the name “Puss in the Boots”. The tale tells about a cat which, with the help of magic boots, helps his poor master to marry the daughter of a king by making the king believe that his master is rich and wealthy.

Next stamp depicts the story of the Sleeping Beauty, a tale that has also been adapted by Disney studios in 1959. It is interesting to note that there is a difference between the version written by Charles Perrault and the tale related in Disney’s movie: in Perrault’s tale the sleeping beauty wakes up by herself whereas in Disney’s movie it is the kiss from the prince that wakes her up.

The former seems to be more fit. Doesn’t it?

The next stamp is of the Little Red Riding Hood. In Perrault’s version the little girl is eaten by the wolf and or at times often hinted that the “wolf” was a wicked man who preyed on young girls who wandered the woods alone. The versions that we have read are thankfully lesser gruesome and in the “Red” is saved from the wolf by the woodcutters. 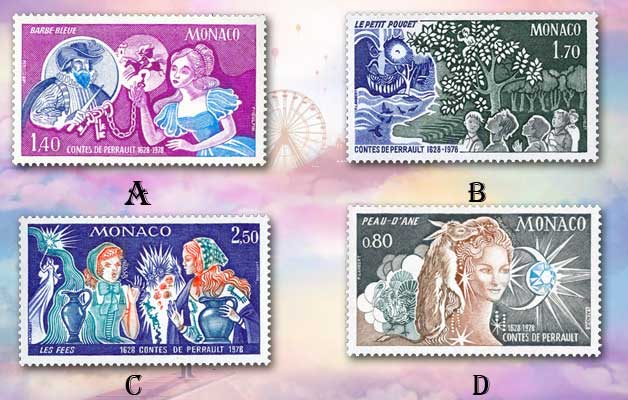 This stamp tells the horrible story of a wife who discovers that her husband, Blue beard, has killed all his previous spouses and kept their bodies in a closet! Blue beard is a wealthy violent man in the habit of murdering his wives. But the wife he acquired recently is a clever and a brave girl of sixteen years who devises a plan to escape and expose her cruel murderous husband.

Because of the way he has treated his wives, King Henry VIII is sometimes referred as the English blue beard!

The stamp depicted next tells the story of ‘Little Thumb’ who rescues his brothers from the fate of being eaten by an Ogre. The story goes like this: a couple of faggot-makers have seven children, al boys, and they are so poor that they cannot feed them anymore. So one day they decide to abandon them in a forest. The tale then tells the story of the youngest boy called “little thumb”- because of his small size – who helps rescues his brothers from a terrible death by an Ogre.

The next is a tale which is a bit lesser known. This story is known as “The Fairies” or as “Diamonds and Toads”.

The story is about two sisters: one is a nice girl and the other a nasty. The nasty one is, as often depicted in fairy tales, the preferred daughter of her mother and the nice is left to do all the household work. One day the nice daughter goes to the well to draw some water. There she meets a fairy who asks her for some water. In exchange the fairy offers to the young girl a gift: each time she would say a word, diamonds and precious jewels would come out of her mouth. When her mother sees what happened to her daughter, she sends her other favourite one to the well so that she gets the same gift! But as the other daughter is a nasty one, she orders the fairy to fetch the water herself. When asked for a gift, the fairy obliges. She grants her a boon with a twist: each time the girl would say a word, a toad or a serpent would come out of her mouth! Seeing that, the mother gets furious and asks the nice girl to leave their home, putting all the responsibility of what happened on her shoulders. Fleeing from home, the young girl meets a prince who is seduced by her gift and he takes her to his castle to marry her.

The fourth stamp depicted here is the tale called as “Donkey skin” (Peau d’âne). The story is of a king who, after the death of his very beautiful wife that he loved more than anything else, is looking for a beautiful bride. Before dying his wife made him promise that he would not marry another woman who is less beautiful than herself. Pushed by his people he tries to find another woman that he could marry but he hardly finds anyone as pretty as his former wife. Except for his daughter! To escape from this unnatural marriage she flees from her home hiding under a donkey skin. She then takes shelter on a farm where she lives, always wearing the skin to hide her beauty.

Sometime later a prince of the area starts searching for a wife. In order to decide who will marry him, he triggers a competition, asking all the young girls of the area to cook him a cake: he would marry the girl who has made the best cake. In one cake he finds a nice ring, which has been lost by the girl who has cooked it. The prince starts searching for the girl who has the fingers delicate enough to wear this beautiful tiny ring. He finally finds out that the ring fits perfectly on the fingers of Donkey skin. She then reveals her beauty and they get married! 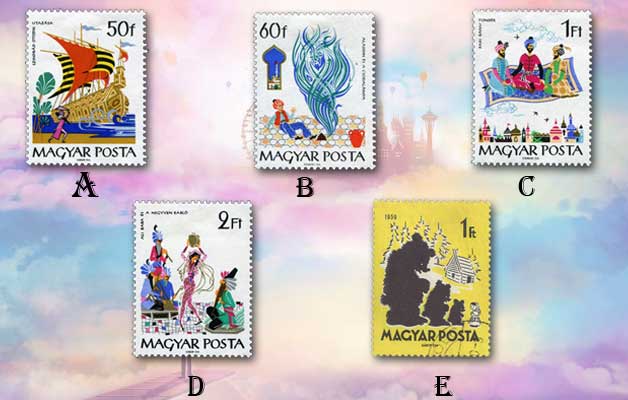 Apart from the fairytales that were compiled by Charles Perrault and the Grimm Brothers, there are a lot many folklores that were famous like the “1001 Arabian Nights” and our very own Panchatantra and Jataka stories. Now let’s see a few other stories on stamps.

The first stamp depicted here portrays the hero of The Thousand and One Nights who recounts his adventures on seven voyages! Have you guessed who he is?

A fictional sailor and the hero of a story-cycle of Middle Eastern origin, he is described as living in Baghdad, during the Abbasid Caliphate. During his voyages throughout the seas east of Africa and south of Asia, he has fantastic adventures going to magical places, meeting monsters, and encountering supernatural phenomena.

The magic doesn’t stop here. Were you ever blown over by the blue giant Genie that helped Aladdin out of tight spots and granted him three wishes? Don’t we too wish to find such magical oil lamps!! The next stamp features Aladdin and the Magical Lamp. Well but the genie depicted here is not as cute and amicable as the one we are used to seeing the Disney Movies.

This legendary Flying Carpet, depicted on the next stamp, is an integral part of Oriental stories. The carpet appears in ancient Jewish texts, the Arabian One Thousand and One Nights, and most recently in Disney’s Aladdin. One of the stories in the One Thousand and One Nights relates how Prince Husain, the eldest son of Sultan of the Indies, travels to Bisnagar (Vijayanagara) in India and buys a magic carpet. There are many versions of this story as this flying magic carpet features in many of the eastern country folklore.

The next stamp features Ali Baba and 40 thieves, one of the most familiar of the “Arabian Nights” tales, that has been widely retold and performed in many media, especially for children, where the more violent aspects of the story are often suppressed. In the story, Ali Baba is a poor woodcutter who discovers the secret of a thieves’ den, entered with the phrase “Open Sesame”. The thieves learn this and try to kill Ali Baba, but Ali Baba’s faithful slave-girl foils their plots. Ali Baba gives his son to her in marriage and keeps the secret of the treasure.

The last stamp features a tale famously called as “Goldilocks and the Three Bears”. This is not a story from the Arabian Nights. Written by Robert Southey, this tale has two versions: the older one is called as “The Story of the Three Bears” where a badly-behaved old woman enters the forest home of three bachelor bears whilst they are away. She sits in their chairs, eats some of their porridge, and sleeps in one of their beds. When the bears return and discover her, she starts up, jumps from the window, and is never seen again. The other major version brings Goldilocks to the tale (replacing the old woman), and an even later version retained Goldilocks but has the three bachelor bears transformed into Papa, Mama, and Baby Bear.

Isn’t it interesting to relive these fairytales through stamps? It’s like finding a missing piece of our childhood. Well…stay tuned we will back with other fairytales and Panchatantra stories on stamps.

Till then hope you live happily ever after…