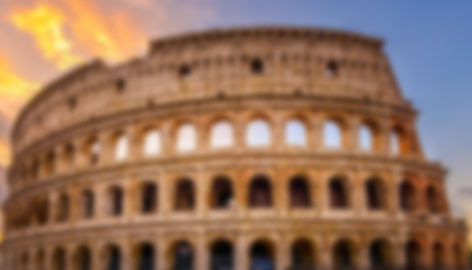 In this part we are going to look at the banknotes of Italy. To read the first part of this series click here.

Italy is a European country with a long Mediterranean coastline. This country has left a powerful mark on Western culture and cuisine. Its capital, Rome, is home to the Vatican as well as landmark art and ancient ruins. Other major cities include Florence, with Renaissance masterpieces such as Michelangelo’s “David” and Brunelleschi’s Duomo; Venice, the city of canals; and Milan, Italy’s fashion capital.

Due to its central geographic location in Europe and the Mediterranean, Italy has historically been home to a myriad of peoples and cultures. Italy has a major advanced capitalist mixed economy, ranking as the third-largest in the Eurozone and the eighth-largest in the world. Italy is the world’s sixth largest manufacturing country.

The lira (plural “lire”) was the currency of the country during various intervals of its history. From the Napoleonic Kingdom of Italy between 1807 and 1814, the Albanian Kingdom between 1941 and 1943 to the introduction of the Euro, Lira was the official currency of Italy. It was subdivided into 100 centesimi.

Today we are discussing a few Italian Lire banknotes issued in various years. The note specifications are as follows:

The obverse has the self-portrait of Italian artist, sculptor, architect and painter Gian Lorenzo Bernini to right. In centre left there is a detail of the sculptor’s Triton Fountain in Piazza Barberini, Rome with the seal depicting winged lion of St. Mark, symbol of Venice above three shields of Genoa, Pisa and Amalfi in centre.

The reverse depicts the “Equestrian statue of the Emperor Constantine” by Bernini and a reproduction of a study for a medal commemorating the inauguration of the Royal Staircase in Vatican City and a section of the staircase, taken from the original drawing, also in the Library’s collection.

The obverse depicts the bust portrait of Italian Renaissance painter, sculptor, architect, poet and engineer Michelangelo; Head of Medusa* (Caput medusae). The reverse features the Piazza del Campidoglio, by Michelangelo, on the top of Capitoline Hill, with the facade of Palazzo Senatorio in Rome. This pastel coloured note has the Head of David, sculpted by Michelangelo as its watermark. The obverse depicts an eagle standing to left with its wings spread attacking a coiled serpent that is held in its talons; Dolphins jumping in and out of the waves in centre and the head of the nymph Aretusa in profile to right. The reverse has the denominational value set in guilloche design with stylised waves motif. This grey-green and orange note has cornucopias situated vertically on the left and right margins of the banknote as its watermark. 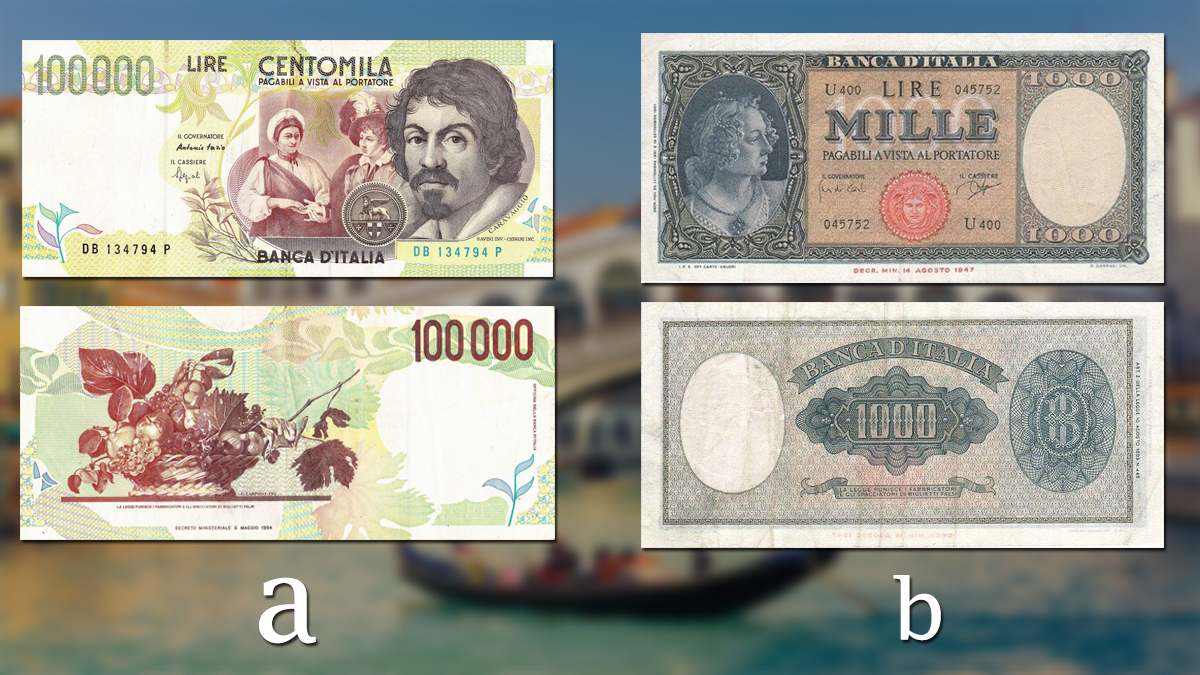 The note depicted beside has a master and his painting featured on it. This 100000 Lire banknote issued in 1994 has the portrait of Caravaggio, set against the detail of the painting by Michelangelo Merisi da Caravaggio “The Fortune Teller” (Second version c. 1595), housed in Paris at the Louvre Museum; A branch taken from a detail of the painting of Caravaggio’s “Rest during the Flight into Egypt” (c. 1597), housed in Rome at the Galleria Doria Pamphilj-Pamphili; Logo depicting winged lion of St. Mark, symbol of Venice above three shields of Genoa, Pisa and Amalfi.

The reverse depicts the “Basket of Fruit” (c. 1599) by Caravaggio, which is on display in Biblioteca Pinacoteca Ambrosiana in Milan.

Isn’t it a feast for eyes!

The obverse depicts a female profile taken from the group of “Three Graces” in Botticelli’s “Spring” that is housed in the Uffizi Gallery in Florence. The reverse depicts the Bank Seal – head of Medusa.

Buy exciting banknote of India and world currency notes online  at our site. Choose from wide range of products and accessories!