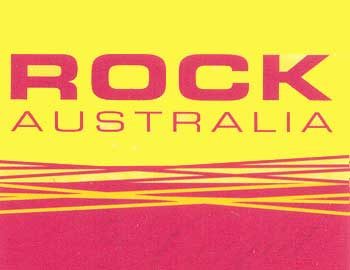 Music has the power to take you a different world, relieve you from all your worries and relax your mind. From a very long time, human beings have indulged themselves in all kinds of music and it has become an important element of cultures from around the world. From the hard rock to the pure pop, ten hit songs of Rock Australia! All songs featured on these commemorative stamps from 2011 were great hits that found their way into the hearts of the music-lovers and philatelists too! 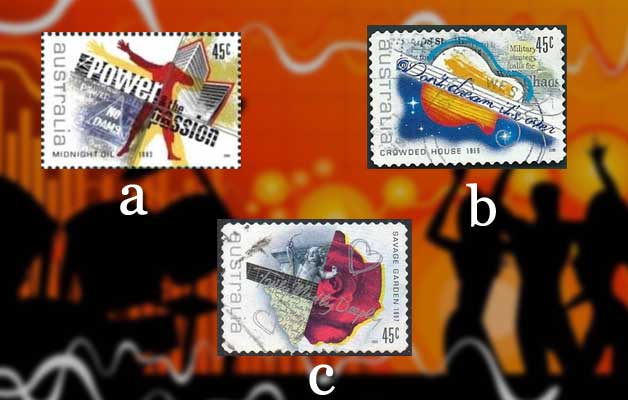 a) Power & the Passion (1983): Out Spoken Politics and hard rock is the ticket to international success for the Midnight Oil, an Australian Rock band. The song ‘Power and the Passion’ which has a special place in Australian Rock history is represented on this 45c commemorative stamp.

b) Don’t Dream It’s Over (1986): Crowded House is an Australian Rock band who sold more than one million copies of their 1st album in America only! Their song ‘Don’t dream it’s over’ became the band’s biggest international hit! The song which won Best Australian Song at the 1986 Australian Record Industry Association awards is represented on a 45c stamp.

a) Tomorrow (1994): Silverchair was an Australian Rock band which released their song ‘Tomorrow’ on their debut extended play album. The song also won them a National Band Competition called “Pick Me”. This 45c stamp artistically depicts the song ‘Tomorrow’ against modern and stylised design.

b) Treaty (1991): ‘Treaty’ is a widely known song of Yothu Yindi, an Australian musical group of Aboriginal and Balanda members. Selected as one of the Top 30 Australian Songs of all time, ‘Treaty’ was the first song in an Aboriginal Australian language to gain extensive international recognition. This 45c stamp tries to depict the ethnic and tribal voice of Australia!

c) Original Sin (1984): Started from playing in local pubs & clubs, INXS went on to become an international sensation with hard pub rock, funk and dance rhythms. Their single ‘Original sin’ which resulted in their first Australian and international hit is artistically depicted on this 45c commemorative issue of 2011!

a) Khe Sanh (1978): ‘Khe Sanh’ song performed by Cold Chisel is one of the most popular songs ever to be recorded. This song which is seen to resonate with the Australian culture adorns a 45c stamp which depicts the post-war drifts of a returning veteran.

b)You’re The Voice (1986): 1987 ARIA Award-winning Single of the Year, ‘You’re the voice’ sung by John Farnham for his album ‘Whispering Jack’ is one of the biggest hits of 1986 in Australia! This song which is still used as a background score in movies, videos games, etc is depicted in inspiring hues of blues & greens on a 45c stamp.

c) Down Under (1981): An Australian Rock band, Men at Work was best known for their hit ‘Down Under’ or the ‘Land Down Under’. As the term “down under” suggests ‘Australia’ in a slang language, this song is a popular and patriotic song in Australia! This funky 45c stamp depicts a car on bread at the beach, weird aye?

d) Confide In Me (1994): Kylie Minogue, one of Australia’s most successful pop artists marked her arrival as the dance diva with the dance anthem ‘Confide in me’. The song is one of the greatest hits and urges the people to confide with the singer. The 45c stamp artistically depicts lips over a key!

Music takes various forms and has the power to take you to a whole new world. Enjoy music with these stamps. Buy them here: Australian Rock n Roll!