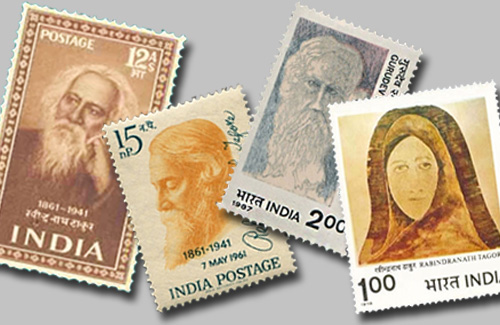 7th May 1861 was a special day in Indian history indeed. Rabindranath Tagore, one of the world’s most prominent polymaths was born. This year, we would be celebrating the 155th birth anniversary of this legendary multifaceted revolutionary.

He was the one who revived Bengali literature, music and other artforms by applying contextual modernism through his teachings and works. He was the first non-European to win a noble prize in literature in 1913.

Born to a Brahmin family in Kolkata, Tagore started writing poems at an early age of eight. At the age of 16 alone he released his first collection of poems using a pseudonym “Bhanusimha”. In 1877 he released his first book of stories and dramas under his own name. His humanist, universalist and anti-national ideologies perpetuated through the masses through his works as he inspired thousands for the fight against the British Raj. He was an influential activist during the Bengal Renaissance period, during which he made several paintings, poems, stories, cartoons, songs etc.

What distinguished his literary works from the others was the use of colloquial language against the odds of classic Sanskrit and Bengali which was predominantly used before his times. His natural flair for poetry and writing can be profoundly seen in his most loved works like Gitanjali (Song Offerings), Gora (Fair-Faced) and Ghare-Baire (The Home and the World) etc.

During his schooling days, he studied law for some time at University College London, but left school and independently studied works of Shakespeare, Religio Medici, Coriolanus, and Antony and Cleopatra. The novels he wrote like Chaturange, Chokher Bali, Ghare Baire, Nastanirh, Jogajog, Shesher Kobita has been translated in many languages and has major fan following even today. From 1891 to 1895, Tagore wrote most of his stories and his termed as the Sadhana period like the three-volume, 84-story Galpaguchchha. Its ironic tales were based on an idealised rural Bengal.

The songs that he composed have been classified as a completely different genre named as Rabindra Sangeet. In his early days, folk songs by Baul Lalon Shah greatly influenced Tagore. When he moved to London, lively English, Irish, and Scottish folk tunes impressed Tagore which is reflected in his personal compositions. Though his songs are based on Hindustani classical music and folk music of Bengal, they are sung using distinctive ornamentation like meend, murki, etc. Apart from the national anthems of Indian and Bangladesh, he has also composed popular songs like "Amar Sonar Bangla" "Birpurush" "Chitto Jetha Bhayshunyo" "Ekla Chalo Re".

In 1901 Tagore found an experimental school, groves of trees, gardens, a library ? Shantiniketan. He published Naivedya (1901) and Kheya (1906) and translated poems into free verse. In November 1913, Tagore got to know that he had won that year's Nobel Prize in Literature.

From his early days, Tagore loved travelling. In 1873, he and his father left Calcutta to tour India for several months. It was a time when he read biographies, studied history, astronomy, modern science, and Sanskrit, and was swept away by the classical poetry of Kalidasa. Between 1878 and 1932, he travelled to more than thirty countries and interacted with many prominent international writers, poets and politicians.

In his later years he started teaching against orthodoxy and promoted humanism. Tagore’s love for science can be seen in his later works like Se (1937), Tin Sangi (1940), and Galpasalpa (1941). Towards the end he faced illness and his agony ended with his death on 7th August 1941.

Several stamps have been issued by different countries like Brazil, Argentina, Sri Lanka, Bangladesh etc to pay respect to this extraordinary personality. India has released many stamps as well. The first one was a 12 anna stamp issued in October 1952. On 8th May 1987, a lovely 2-rupee stamp was issued featuring his self portrait. In May 2011, a beautiful miniature sheet was issued.