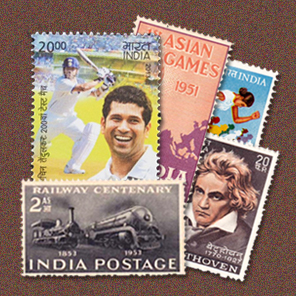 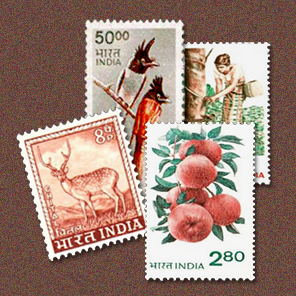 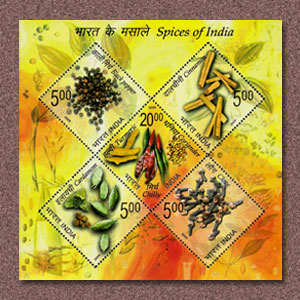 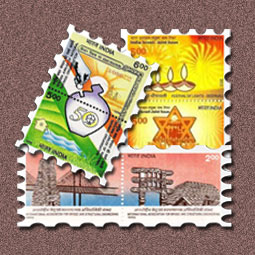 The first three stamps that were issued by Independent India in 1947 featured the Indian Flag, the emblem and an Air India plane. After that, year on year, many other stamps were issued that reflect the true Identity of our nation. These stamps can be broadly classified as below.

During the time of war or when peace keeping operations are on, special postage stamps have been issued called as military stamps. Mostly the army itself transports the letters to the desired destinations. These stamps were commonly used during World War II by soldiers who wanted to connect and send their message across to their beloveds. Prior to that and since that, many other military stamps of India have been released for various military operations where Indian Army has made some selfless contributions. These stamps portray different monuments, culture, arts and crafts, personalities and more.

A commemorative stamp is often issued on a significant date such as an anniversary, to honour or commemorate a place, event, person, or object. The subject of the commemorative stamp is usually spelled out in print. There are numerous commemorative stamps that were issued by India to honour notable personalities like freedom fighters, politicians etc. Many other stamps to celebrate special events related to sports, space, science and technology, defence, arts and crafts etc showcase the reflections of a vibrant India.

These stamps are a part of the regular issue and are available for using postage services for an extended period of time. They are designed to serve the everyday postal needs of the country. A definitive issue or series have a range of denominations sufficient to cover ongoing postal rates. Several definitive stamps of India have been issued with different themes and illustrations, depicting art, history, science & technology, nature, vehicles, industries, institutions and more.

A miniature sheet is a small group of stamps that are still attached to the sheet on which they are printed. They could be regular issues or commemorative ones as well. They could be individual designs as well with special illustrations on the sheet. Several miniature sheets have been issued by India which portrays different aspects of the nation’s identity like famous personalities, important events, art and culture, history, monuments etc.

Se-tenant stamps are printed on the same plate and adjoin one another. Though they make a set which adjoin each other on the same sheet, their designs, colour, denominations or overprint differ. They may also feature overlapped or extended designs which appear on the entire set of stamps. India has a tradition of releasing some extremely beautiful se-tenant stamps that collectors all over the world love to own.