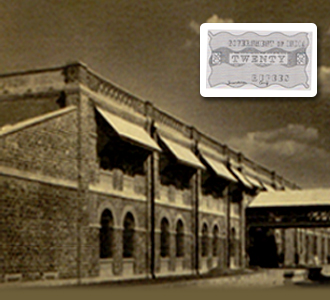 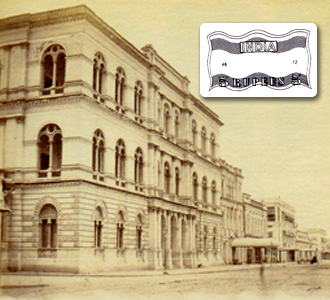 Uniface Note of Government of India 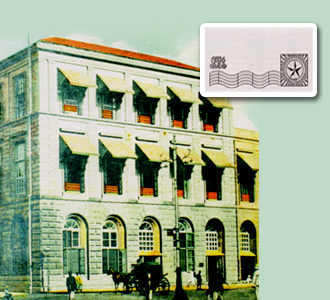 British India notes came into existence after the Paper Currency Act of 1861 was tabled. This Act gave the Government the monopoly to issue notes in India. Presidency Banks had to sign agreements with the Secretary of State for becoming agents for the issue, payment and exchange of promissory notes of the Government, as per the Act of 1861. The concept of 'Currency Circles' was introduced to counter the problem liquidation of these notes over a geographically extensive Indian subcontinent. These issues were circulated as legal tender.

Finally in 1867, the agency agreements with the Presidency Banks were terminated and Mint Masters, the Accountant Generals and the Controller of Currency took over the management of Paper Currency. This gave rise to introductions of different series of British India notes.

Victoria Portrait Series was the first set of British India notes that were issued. These unifaced notes were printed on handmade paper manufactured at the Laverstock Paper Mills. Different denominations of Rs. 10, 20, 50, 100 and 1000 were released. The notes printed security features including the watermark, ‘GOVERNMENT OF INDIA’, ‘RUPEES’, two signatures and wavy lines, the printed signature and the registration of the notes.

British India Notes belonging to the Victoria Portrait series facilitated an interesting and secure way for inter-spatial transfer of funds. Notes were cut in half, of which one set was sent by post and the other half was despatched by post again, on confirmation of receipt.

Due to frequent cases of forgeries, the Victoria Portrait series was discontinued and replaced by the unifaced ‘Underprint Series’ in 1867. A new denomination of Rupees 5 was introduced as per public demand. Between 1903 an 1911, notes of denomination 5, 10, 50 and 100 were legally encashable outside the Currency Circle of Issue.

In May 1923, the first British India 10 rupee regular notes carrying the portrait of King George V were issued. Since then all Paper Money issues of British India featured the King's Portrait Motif. Until the Reserve Bank of India played the role of a controller of Currency in 1935, Government of India continued to issue currency notes. Notes of more denominations were issued like Rs 5, 10, 50, 100, 500, 1000, 10,000.

Established in 1928, the Currency Note Press in Nasik started progressively printing currency notes. By 1932, more security features were added like improved watermarks, detailed portrait designs and multicoloured printing. After the Reserve Bank of India started operating in full swing, notes with the portrait of Edward VIII were planned to be released in the summer of '37. Edward was abdicated from all his positions which delayed the Bank's issues to January 1938 when the first Five Rupee note was issued featuring the portrait of King George VI.