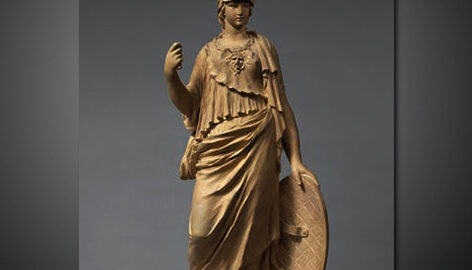 Deities were common deception on the reverse of the Roman coins. These were used if an emperor wished to be associated with attributes of the particular gods and goddess. More often gods were used rather than goddesses. For example, if the emperor wanted to appear peaceful he could depict ‘Minerva Pacifiera’ as the ‘Bringer of peace’. Furthermore, the deities were depicted by the Emperors so they can use the image to suggest the gods approved of and support their reign or associate themselves with the divine as Julius Caesar did with his depiction of Goddesses Venus END_OF_DOCUMENT_TOKEN_TO_BE_REPLACED