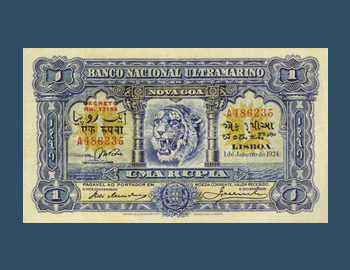 Tomorrow, i.e. 30th November 2017, we will be celebrating the 100th birthday of One Rupee note! Rupee as a denomination was known in India since ancient period, but its significance was noticed in the later medieval era. It was the time when India saw the most interesting changes on its administrative and political platforms. The distance between east and west was reduced through trade, Europeans like Portuguese and French came to India. Their influence is visible through their legacy in architecture, food and the monetary system that they left behind. So come, let’s explore the glorious journey of the One Rupee notes of the Portuguese and French.