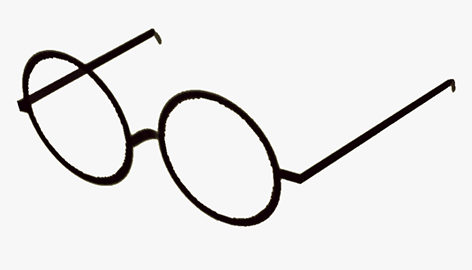 Four eyes are better than two – Pipolem! Eyes are the mirrors of your inner thoughts, but specs can give even a better view to them. Specs are rays of warmth to the people with weaker vision. Today, more than half of the world population wear specs.  Powered glasses are the bright ray of light in the mainstream spectrum and also a style statement for many. It is not surprising that many of the great leaders had the specs. Many say Specs come with age, which is a myth. Anyone from any age group today can get specs. As it’s a part of the society we can see many leaders and icons Specs portraits on coins.

Gifted with a vibrant personality was one Dadabhai Naoroji, the essence of his personality was so bright that even the Father of the Nation, Mahatma Gandhi, looked up to him for guidance. He was one of the founders of the Indian National Congress and presided over it in the Lahore Session in 1893. He was elected as the member of British Parliament in 1892; a stamp is issued in memory of his high achievement.

Being a scholar and profound speaker, he bought out the number of issues faced by Indian in light to the British Government on social, educational and political platforms.

Government of India issued a Five rupee coin in 2002 to mark the dedication and leadership spirit of Dadabhai Naoroji. This coin can be added to Specs portraits on coins series. The coin is the minted is copper-nickel metal. To remember his achievements Indian post has issued a commemorative stamp in 1963.

Deshbandhu or Chittaranjan Das a great political leader and freedom fighter. He was a founder and leader of the  Swaraj Party in Bengal. He was also regarded as the uncrowned king of Bengal. Chittranjan Das influence many influential leaders like Mahatma Gandhi, Subhas Chandra Bose, Rabindranath Tagore with his thought and evoking idea for India’s independence.

In 1998, the Government of India issued a Two rupee commemorative coin to celebrate the life and notion of great personalities in India. Similar to Gandhi’s specs this specs portrait of Deshbandhu reflects the simple personality of this great teacher. This fact makes this coin a key collection in this Specs portraits on coins series.

Motilala Nehru father of our first Prime Minister Jawaharlal Nehru was an active member of the Indian independence movement and an important leader of Indian National Congress. He served as the India National Congress President Twice in 119 and 1982. In his last act from the sickbed was on 26th January 1931, a countrywide observance of the Martyrs’ Remembrance Day. Paying tribute to him C.F.Andrews called him ‘The maker of modern India’.

To celebrate Motilal Nehru 150Th Birth anniversary Government of India issued of 5 rupees. Again the portrait used to be the Bespectacled, a great man with his specs changing the world, making this coin a perfect specimen in series Specs portraits on coins.

Chidambaram Subramaniam was one of the architects of India’s modern agricultural development policy. During the tenure as Minister for Food and Agriculture, he ushered the Indian Green Revolution, along with M. S. Swaminathan, B. Sivaraman, and Norman E. Borlaug. This helped the country attain higher production of cereals, thus achieving a state of self-sufficiency in food production.

As known specs on coin series are collector series specimens which are a must collectable. The bespectacled people, which are commemorated on these coins were great mind and influence iconic. Their thought and deed as changed the phase of Indian society.