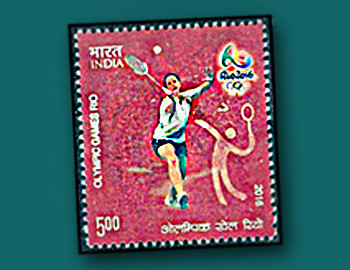 As the World’s Greatest Sporting event, Rio Olympics 2016 was inching closer to its final day, every Indian waited anxiously for the first medal to fall into the kitty. Team India at Rio saw a rather disappointing start with all the big players failing to fulfil the aspirations of the country. The hopes were high and the chances for a medal looked even bleaker. To motivate the Indian players, Rio Olympics Indian Stamps were issued by India Post. 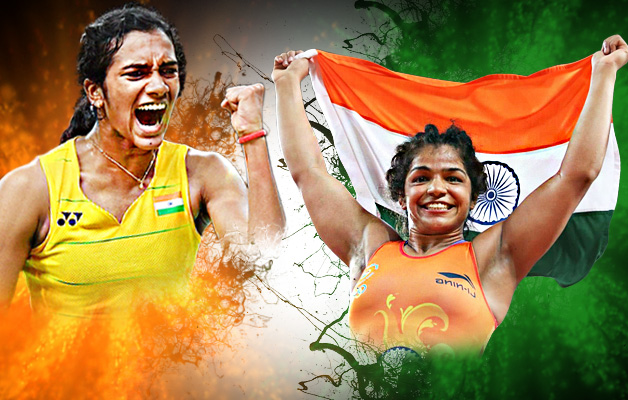 All eyes were on Sakshi Malik when she was almost going to win us a medal at the Women’s Freestyle 58 kg wrestling competition against Aisuluu Tynybekova of Kyrgyzstan. Even though she was lagging behind at the very last moment, the unthinkable happened. She kept on keeping on! We managed to clinch on to the first medal at the Games. The whole nation celebrated Rakshabandhan, the festival which cherishes the brother-sister bond in a special way this year when Sakshi managed to bag a bronze medal! It was almost like a sister’s gift to her nation!

We could also see a second medal on its way with the kind of form P.V. Sindhu was in at the Women’s Singles Badminton competition. This 21 year old superstar managed to defeat world number 3 Nozomi Okuhara of Japan rather effortlessly in the semifinals. Though she had reserved the silver medal for India she went for the gold fearlessly facing world number 1 Carolina Marin in the finals. She gave a real tough fight but lost the match. Even after the loss she has managed to create history by becoming the only Indian woman to have received a silver medal at the Olympics.

Mintage World salutes these two women for living up to the expectations of India and fighting it out till the end!

On 5th August, a series of 4 Rio Olympics Indian Stamps was issued to celebrate the achievements of Team India at Olympics over the years. Each of the four stamps depicts the sporting events that India has won medals for. Wrestling, shooting, Badminton and Boxing are the 4 sports that have been depicted on these stamps. The Rio Olympics Indian Stamps depicting shooting and wrestling are of the denomination 25 Rupees. The ones depicting badminton and boxing are of the denomination 5 rupees. They were printed at the Security Printing Press at Hyderabad. A total of 1 million Rio Olympics Indian Stamps were printed, 05 million of each type. India has been blessed with shooters like Anjali Bhagwat and Abhinav Bindra; boxers like Mary Kom and Vijender Singh, Badminton champs like P.V. Sindhu and Gopichand and wrestlers like Sakshi Malik and Sushil Kumar etc.

In a country like India where cricket is considered as a religion, it is really a sorry state for athletes wanting to climb up the ladder in other sporting events. Talent is hidden in every nook and corner of this country and it is our responsibility to find them; support, motivate and nurture them to reach new heights in the world of sports internationally.

Let us see your name up there, go for it and never give up!

And when you are engaging yourself in sports, don’t forget to engage in Philately as well.