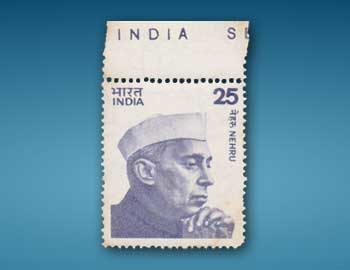 “Separation” is the general term used to describe methods used to separate postage stamps. The three standard forms currently in use are perforation, roulette, and die-cutting. These methods are done during the postage stamp production process, after printing. Sometimes these methods are done on-press or sometimes as a separate step. The earliest issues such British-India 4 annas, half anna and one anna did not have any means provided for separation as seen in the image below. The stamps were probably cut apart with scissors or folded and torn. 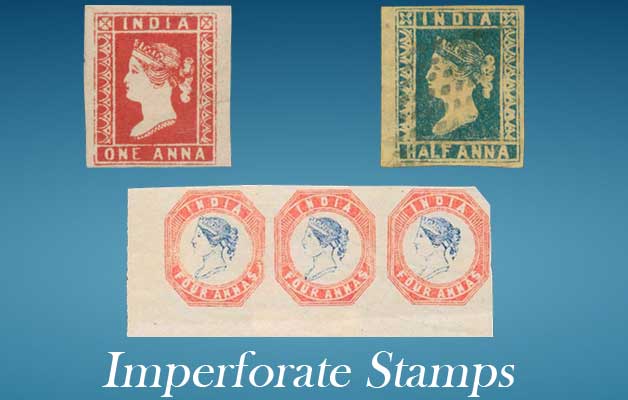 The chief style of separation of stamps and the one that is in almost universal use today is perforating. By this process, paper between the postage stamp is cut away in a line of holes, usually round, leaving little bridges of paper between the stamps to hold them together. The little perforation bridges, which project from the stamp when it is torn from the pane, are called the teeth of the perforation.

As the size of perforation is sometimes the only way to differentiate between two otherwise identical stamps, it is necessary to be able to accurately measure and describe them. This is done with a perforation gauge, usually a ruler-like device that has dots or graduated lines to show how many perforations may be counted in the space of two centimeters.

To measure a postage stamp, run it along the gauge until the dots on it fit exactly into the perforations of the stamp. If you are using a graduated- line perforation gauge, simply slide the stamp along the surface until the lines on the gauge perfectly project from the center of the bridges or holes. The number to the side of the line of dots or lines that fit the stamp’s perforation is the measurement. 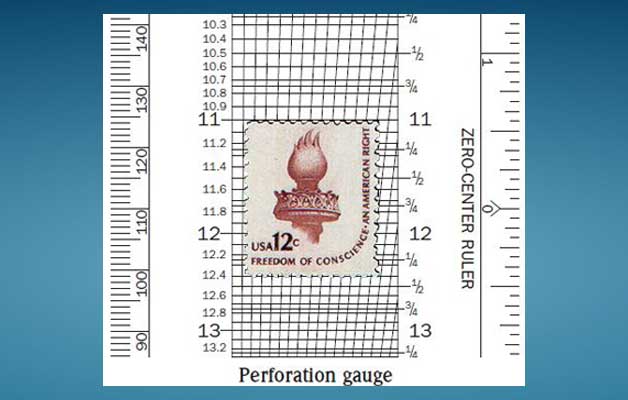 The term syncopated perfs describes intentional irregularities in the perforations. The earliest form was used by the Netherlands from 1925-33, where holes were omitted to create distinctive patterns. Beginning in 1992, Great Britain has used an oval perforation to help prevent counterfeiting. Several other countries have started using the oval perfs or other syncopated perf patterns.

A new type of perforation, still primarily used for postal stationery, is known as microperfs. Microperfs are tiny perforations (in some cases hundreds of holes per two centimeters) that allow items to be intentionally separated very easily, while not accidentally breaking apart as easily as standard perforations. These are not currently measured or differentiated by size as are standard perforations.

In rouletting, the postage stamp paper is cut partly or wholly through, with no paper removed. In perforating, some paper is removed. Rouletting derives its name from the French roulette, a spur-like wheel. As the wheel is rolled over the paper, each point makes a small cut. The number of cuts made in a two-centimeter space determines the gauge of the roulette, just as the number of perforations in two centimeters determines the gauge of the perforation. The shape and arrangement of the teeth on the wheels vary.

Once again, no paper is removed by these processes leaving the stamps easily separated but closely attached.

The third major form of postage stamp separation is die-cutting. This is a method where a die in the pattern of separation is created that later cuts the stamp paper in a stroke motion. Although some standard stamps bear die-cut perforations, this process is primarily used for self-adhesive postage stamps. Die-cutting can appear in straight lines or can imitate the appearance of perforations.