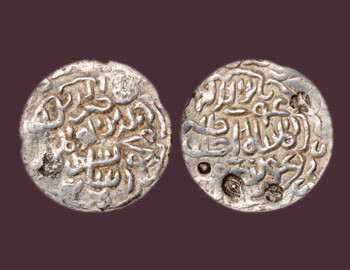 The history of fake currency dates back almost to the times when money was invented, making it the second oldest profession as per some experts. Even Lydian coins, the first western coins were counterfeited. Fake coins known as fourree were made by mixing base metals with pure gold or silver. Sometimes the edges of the coins were shaved to reduce the weight of coins and the process is called as ‘clipping’. Some 449-413 BC tetradrachms have many ‘test cuts’. These were made by traders to check the quality of base metal. These marks, termed as ‘shroff marks’ are also found on several ancient and medieval Indian coins issued by Bengal Sultanate, Akbar, Sher Shah Suri etc. Expert numismatists believe that calligraphy and different styles of inscriptions on Indian coins were used as security features from medieval times.

China introduced paper money in the 13th century using mulberry wood. In those days guards used to protect mulberry forests and counterfeiters were punished by death for producing fake currency. Counterfeiters like Mastro Adamo, the English couple Thomas and Anne Rogers, David Hartley etc were also sentenced to death for their crimes in the late 1600s and 1770s. Such kinds of crimes occur till date even though security features on banknotes and coins have been increased. With better technology, counterfeiters have become smarter and find ways to keep making fake money.

Another way of circulating fake currency was by using legitimate printers based on criminal instructions, for example, the Nazis issued fake British pounds and American dollars during World War II. Even today, a lot of fake US dollars, Euro banknotes are circulated. The latest 2000 Rupees banknotes of India have special security features to tackle the growing crime of black money apart from fake currency.

Circulating fake currency in the enemy’s country was also used as a warfare technique. This would then breakdown the economy. Great Britain did this during the American Revolutionary War to reduce the value of the Continental Dollar. The counterfeiters for the British were known as “shovers” as they could literally “shove” fake currency into circulation.

During World War II, the Nazis tried Operation Bernhard) against the Allies where Jewish artists were taken to Sachsenhausen concentration camp and forced to make fake British pounds along with American dollars. These notes looked very similar to original ones but the plan failed as they were unable to deliver them in the respective countries.

Governments all over the world have tried and tested various anti-counterfeiting measures to put an end to this serious crime. Slowly, Banknotes were printed with modern security features like raised intaglio printing. Milled or reeded edges on coins detect shaving or clipping of the rim. Colonial North America used an impression of a leaf in the bill as they were unique and complex.

Today, with the advent of computer-aided and photocopy technology, coping currency became very easy. More sophisticated anti-counterfeiting systems include holograms, multi-coloured bills, embedded strips, micro-printing, watermarks and inks whose colours change depending on the angle of the light, “EURion constellation” which disables modern photocopiers. Software programs such as Adobe Photoshop have been modified by to disallow manipulation of scanned images of banknotes.

It is always advised to learn about the various security features that appear on coins and currency notes so that you can easily distinguish between real currency and a fake one.