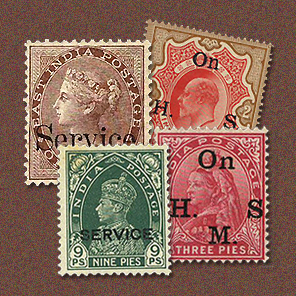 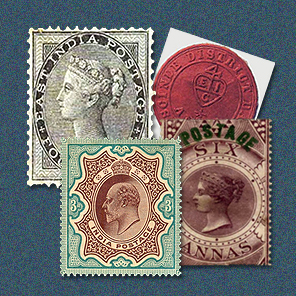 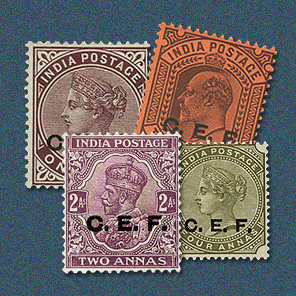 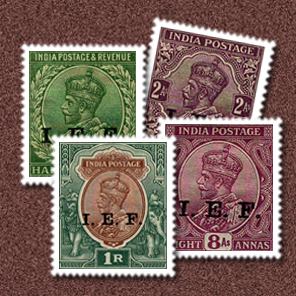 In 1688, the East India Company opened the first post office in Bombay followed by similar inaugurations in Calcutta and Madras. The postage services were further extended in 1766 by Lord Clive and in 1774 Warren Hastings made the services available to the general public. The fee charged was two annas per 100 miles. The Post Office Department of the East India Company was first established on 31th March 1774 at Calcutta, followed in 1778 at Madras and in 1792 at Bombay.

The Role of Runners

The financial responsibility for maintaining the official Post Offices was handed over to the zamindars. Private Dawk mail systems ran simultaneously for commercial conveyance of messages using hired runners. The runners were paid according to the distance they travelled and the weight of their letters. Carrying the mail was dangerous work as the route may be infested by tigers, or affected by heavy rains etc. On an average, 100 miles were covered by the runners in fair weather.

As per the Post Office Act XVII of 1837, the Governor-General of India in Council was given exclusive rights of manage postage in India under the East India Company. Since the mails were available to certain officials without charge, it was opposed and the Indian Post Office was established on 1st October 1837.

With the introduction of prepayment of postage, a comprehensive reform was made and the use of the Scinde Dawk adhesive stamps began on 1 July 1852 in the Scinde/Sindh district. The new stamps were circular in shape and were embossed onto paper or wax wafer. The stamp bore the words "SCINDE DISTRICT DAWK" around the rim and the British East India Company's Merchant's Mark as the central emblem. The paper was either white or greyish white. Several British India definitive & commemorative stamps were issued during this period. The blue stamp was printed onto the paper by the die during the embossing, while the wax version was embossed on a red sealing wax wafer on paper; but all had the same value of 1/2 anna. They were used until October 1854, and then officially discontinued. These stamps are still considered to be very rare and precious in the world today.

The First Issues of Indian Stamps

In October 1854, the first issues of Indian postage stamps were released with four values: 1/2 anna, 1 anna, 2 annas, and 4 annas. The stamps were designed and printed in Calcutta featuring a youthful profile of Queen Victoria without perforation or gum. All of them were lithographed except the 2 annas green ones which were produced by typography The 4 annas stamps were one of the world's first bicolored stamps, preceded only by the Basel Dove.

A new design for stamps, with Queen Victoria in an oval vignette inside a rectangular frame, was inscribed "EAST INDIA POSTAGE" which were made available in available in 1855 and continued to be used in 1858, following the 1857 Rebellion against the East India Company's rule. From 1865 the Indian stamps were printed on paper watermarked with an elephant's head.

The Postage Reforms of 1866

Between 1854 and 1866 the usage of postage services multiplied drastically. In 1863, lower rates were set for “steamer” mail to Europe and for inland letters as well. By May 1st 1866, the Post Office Act XIV introduced many reforms to correct the deficiencies and abuses in postage services. India was the first country to adopt the tradition of overprinting ‘Service’ on postage and ‘Service Postage’ on revenue stamps in 1866. This technique was followed by many other nations later. These were the first British India Official stamps.

Since there was a shortage of stamps to meet the new lowered rates, six annas stamps were improvised by cutting the tops and bottoms from a current Foreign Bill revenue stamp, and overprinting "POSTAGE". Four new designs were introduced between 1874 and 1876. In 1882, a new set of stamps were released featuring the Victoria profile, in a variety of frames, with the words inscribed “INDIA POSTAGE”. 2, 3 and 5 rupees denominations were introduced in 1895 bearing the revised Queen Victoria portrait designs by Heinrich von Angeli. British India had 652 Princely States who followed two kinds of stamp-issue the Convention States and the Feudatory States.

In 1902 a new series depicting King Edward VII generally reused the frames of the Victoria stamps, with some colour changes, and included values up to 25 rupees. Stamps on China Expeditionary Forces had a portrait of Victoria Queen in different colours and denominations, which were released from 1900 to 1921. The 1911 stamps of King George V were more intricate in their design. From 1914 to 1942 stamps of Indian Expeditionary Forces featuring a portrait of King George V were issued. In 1919 a 1½ Anna stamp was introduced and in 1926 the watermark changed to a pattern of multiple stars. The printing of stamps at India Security Press, Nasik began in 1925. The first stamps produced were the definitive series of George V. Lithography was now re-introduced and the first stamps printed with this technique were the Air Mail series which debuted in 1929. The first pictorial stamps appeared in 1931. The set of six, showing the fortress of Purana Qila, Delhi and government edifices, was issued to mark the government's move from Calcutta to New Delhi. The stamps issued in 1937 depicted various forms of mail transports, with King George VI's effigy appearing on the higher values. A new issue in 1941, constrained by the austerity of World War II, consisted of rather plain designs using minimal amounts of ink and paper.