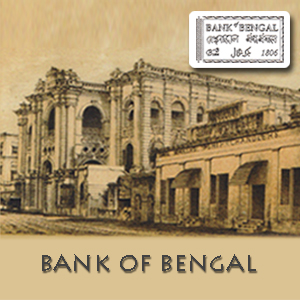 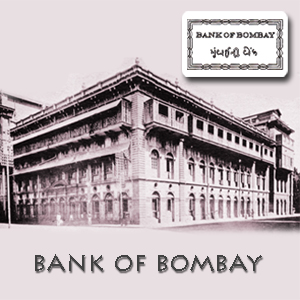 India has a celebrated history of Banking and ‘Hundies’. Modern Paper Money or old banknotes of India originated in the 18th Century which was issued by both private banks and semi-government banks. The Bank of Hindostan (1770-1832), the General Bank in Bengal and Bahar (1773-75, established by Warren Hastings), the Bengal Bank (1784-91) can be credited for the earliest issues, out of which only a few of notes survive. Majorly these early bank notes of India can be classified as Indian presidency banknotes.

Termed as Uniface notes, the early banknotes of the Bank of Bengal were printed only on one side. They carried the value of one gold mohur and in denominations of Rs. 100, Rs. 250, Rs. 500, etc. Later on, notes known as Commerce Notes were issued which bore a vignette of an allegorical female figure personifying 'commerce'. Unlike the earlier Uniface notes, these ones were printed on both sides. The name of the bank and the denominations were printed in three scripts - Urdu, Bengali and Devanagari on the obverse. A cartouche with designs carrying the name of the bank was printed on the reverse.

The motif 'commerce' was replaced by 'Britannia towards the end of the 19th century. To prevent forgery or any other kind of illicit activities, the new banknotes had more features and complex designs. These notes were popularly termed as notes belonging to the Britania series.

Bank of Bombay was established in 1840 who issued old currency notes of India between 1850 and 1860. The Currency Act of 1861 banned all private or presidency banks to issue paper promise. In the early 1860 Bank of Bombay issued, 1,00,000 of Ten Rupees notes. Later on currency with the prefix “A” was printed. The design was superior in quality as compared to other bank notes that were issued in that time period. Some later issues were uniface ones. The images of Town Hall of Bombay what is today known as the Asiatic Society of Bombay featured on these notes. Promissory notes of value Rupees 10, 15, 25, 100, 250, 1000, 5,000, 10,000 were issued under this presidency.

Vignettes of statues of Sir Mountstraut Elphinstone and Sir John Malcom were placed on the obverse of the notes. Several private Bank Notes were also issued under the Bombay Presidency. Like Bank of Western India (1842- 1845), Oriental Bank (1842-1884) and Commercial Bank of India(1845-1866).

The Bank of Madras was the third Presidency Bank which was established in 1843. The bank was formed by the merger of Carnatic Bank (Fort St. George, 1788), the Madras Bank (1795) and the Asiatic Bank (1804). Banking in Madras began from 1682 when Governor Gyfford and his council established the Madras Bank — the first bank in India.

Amongst the other Presidency Banks, Bank of Madras had the smallest issue of early bank notes of India. The notes of the Bank of Madras featured the vignette of Sir Thomas Munroe, Governor of Madras. The State Bank Group logo had a keyhole which not only symbolises financial security but also strangely looks exactly like the Kankaria Lake in Ahmedabad.