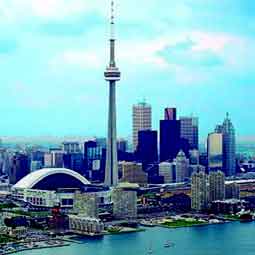 The coinage of Canada consists of coins from the first colonist and visitor like English, French, Portuguese, etc. The first coins of Canada was minted in 1670, a 'GLORIAM REGN' minted in Paris for French colonies. Later on, Canadian coinage also consists of denominations in copper.

The coins British provided for this state were badly wearing copper coins withdrawn from Britain. There were even few American eagles, French Louis d', Spanish doubloon and Portuguese gold denomination in circulation. The silver American coin appeared in 1815. The token were circulated in Prince Edward Island and Newfoundland and Labrador. Later on due to the adoption of decimal system in 1863 the value of private token reduced.

The new decimals coinage by English consist of denominations in silver 5, 10, 20 and 50 cent pieces and gold $2 with Bronze cent, it was based on a dollar which was equal to the American dollar. The upper and lower Canada also used local tokens, the establishment of the banks gave this region a uniform coinage. The union of these two regions gave these banks an opportunity to issue Canadian penny, copper pennies, halfpennies till 1871.

The first Modern Canadian Coins of this whole Canadian dominion were issued in 1870 in silver cent pieces. The bronze cents were added in 1876 depicting Queen Victoria. The coinage of Canada depicted the bust of the current sovereign of Great Britain. During the reign of King George VI, the reverse design of this coinage changed. From 1967 the Canadian mint coins depicted Queen Elizabeth II and yet they depict her bust on their coinage.

For the first time, mintage world brings it viewer's an elegant insight on rare modern Canadian coins. Analysis with us the detailed information on this Canadian coins and explore the amazing part of numismatic.