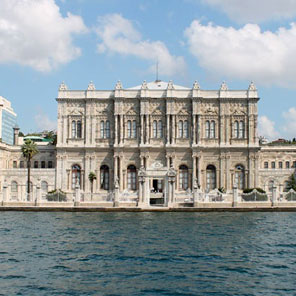 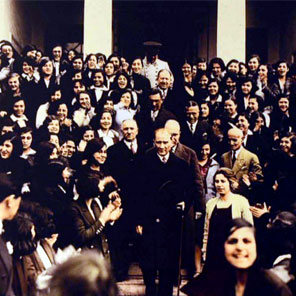 Topographically, Turkey is located partially in Europe and partially in Asia between the Black and Mediterranean seas. A tribe, Ottoman Turks migrated to this area in 13th and 17th centuries and had established the Ottoman Empire which stretched from the Persian Gulf to the southern frontier of Poland and from the Caspian Sea to the Algerian plateau. The present Turkish boundaries were largely responsible by Treaty of Lausanne in 1923.

The monetary system remained unchanged since its introduction by Ahmad III in 1688. The Piastre, established as a crown-sized silver coin approximately equal to the French Ecu of Louis XIV, has shrunk to a tiny copper coin, worth about 1/15 of a U.S. cent. Ahmad III’s reign falls in Tulip Era of the Ottoman Empire. Its significance can be seen on its coinage which bears the tulip design right of the Toughra. Under this monetary system, 100 kurush Turkish gold coins issued during Ottoman Era were equivalent to One Turkish Lira. Later, certain cities of Ottoman Empire, such as Bursa, Edirne, Kosova, Manistir and Salonika were struck special coins in honour of Sultan.

The Turkish lira coins were introduced in 1844 as the official currency. It replaced the Kurus which was in circulation at that time. The antique Turkish Lira issued by Republic of Turkey were classified into two types from 1844 to 1881: first was 6.61519 grams of gold and another was 99.8292 grams of silver. During First World War, Turkey abandoned old Turkish coins viz., the gold standard and so lira went on losing its value until 1920. Soon, the older Ottoman paper liras were replaced with the medium sized silver Turkish lira.