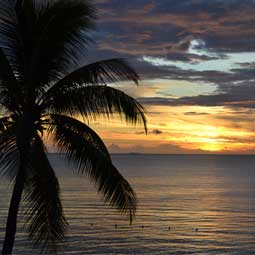 Europeans were the first to bring Coins to Fiji. During the early nineteenth century, visiting ship’s captains bartered with Fijians for sandalwood and beche-de-mer. However, once a European settlement was established a Fiji currency was required by traders to conduct business with the outside world. Attempts at commercial development of these islands were hampered by the lack of any acceptable tender until the establishment of the Pax Britannica in 1874.

In 1914, the Fiji Currency Board was established to manage Fiji’s monetary affairs and to issue Fiji currency which was the focal point of Fiji’s currency system for the next 60 years. These come under the Republic Period of Fiji. Old Fiji coins consisted of coins from Britain. In 1934 the Currency Board introduced Fiji’s first coinage of pennies and shillings which were manufactured at the Royal Mint in London. The British system of calculating currency in pounds, shillings and pence remained in circulation until 1969. The Fiji penny and half pennies made of copper mixed with nickel had a characteristic feature- a hole through the centre. In World War II, these rare Fiji coins became popular mementos with American soldiers based in Fiji. Fiji silver coins were sixpences, shillings and two shillings.

In 1936 Fiji was one of the few Commonwealth countries to mint a one penny coin featuring the name of King Edward VIII. In 1947 a 12-sided nickel and brass three pennies made their appearance and were minted until 1967. The World Wars presented many disruptions and challenges. For a while, the Fiji coins had to be minted in San Francisco instead of the Royal Mint. They produced half pennies and pennies in brass, and sixpence, one shilling and two shilling pieces with 90 percent silver.

In 1969 Fiji changed to a decimal currency. Fiji coins of 1 cent, 2 cents, 5 cents, 10 cents and 20 cents were produced. The 50 Cents and the one dollar note were converted to coins in 1975 and 1995 correspondingly. In October 2008 the production of 1 cent and 2 cents Fiji coins ceased. In February 2009 a new set of smaller size and lighter Fiji coins were commenced. The larger size Fiji coins of 1, 2, 5, 10, 20 and 50 cents were demonetised in April 2009. In December 2012, a new series of Fiji coins were launched. This included historic currency design changes – the replacement of Her Majesty Queen Elizabeth II’s portrait with local flora and fauna designs on all coin denominations. Currently, Fiji currency structure comprises the 5 cents, 10 cents, 20 cents, 50 cents, and $1 and $2 coins.