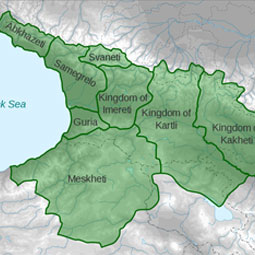 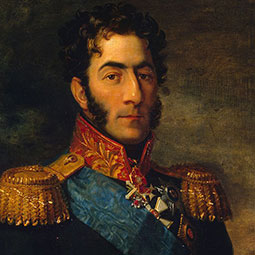 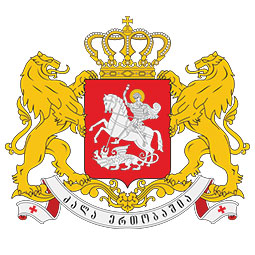 The oldest surviving Georgian coins dates back to the 6th century. Known as Kolkhuri tetra or Colchian silver, these coins were minted in several denominations including triobol, tetradrachm, didrachm and drachm. After the Arab conquest in the seventh century, dirhams were introduced to Georgian currency coins, and a special mint was established in Tbilisi that produced coins with Arabic and Georgian inscriptions.

During the Georgian ascendancy in the 12-13th centuries, Bagrationi kings minted new Georgian coins, including Georgian gold coins and copper that reflected the changing political scenario and carried inscriptions with royal title and epithets like ‘King of Kings’ or ‘Sword of Messiah’. As Georgia came under Mongol influence, Georgian coins bore foreign evidence of combined Georgian, Arabic and Persian inscriptions.

In the later centuries Persian and Ottoman Georgian coins were widely circulated. In the 17th-18th centuries Bagration kings issued abbasi coins of fine silver that remained in circulation until the Russian conquest in the early 19th century. Georgian silver coins were of three face values – two abbasi, abbasi and half abbasi, and were minted according to the sirma abbasi system adopted by King Erekle II.

Following Georgia independence from Russia in 1990, it continued to circulate Soviet rubles but gradually phased them out. On 5th April, 1993 an interim currency called Georgian kuponi or coupon was introduced but suffered inflation. It was replaced with Georgian lari. The Central Bank of Georgia issued Georgian lari coins in denominations of 1, 2, 5, 10, 20 and 50 tetri. Georgia commemorative coins are issued periodically as well.

Discover more on Georgia coins only on Mintage World.