It’s like one of those lovely ladies who you can only adore and dream about. The Penny Black is quite a sensation in the world of philately. It is considered to be the oldest postage stamp in the world which was officially circulated and used by the citizens of UK, almost 175 years ago.

This highly sought after stamp made postage services much more convenient for the common Victorians. Before The Penny Black – the first postage stamp of the world, made her appearance, charges depended upon the distance that the letter needs to travel and the number of pages required for the message. Also, they had to be borne by the receiver, not the sender. The genesis of pre-paid postage services was transpired by a bookseller and printer from Dundee, named James Chalmers in 1822. But it took 15 more long years to execute the idea practically by MP Robert Wallace. He estimated the standard size of an envelope which would carry the stamp.

Interestingly, two years from then, after the Penny Postage Bill was passed, treasurer Rowland Hill declared a competition to find the most ideal designer to create the envelope and stamp. Just like the modern day reality shows, the competition was a big success and close to 2,600 entries were submitted.

Amongst many others, there were reports that established printers like Henry Cole and Charles Whiting were declared as winners. Even then, Hill decided to opt for an envelope designed by artist Willian Mulready, to draft the oldest postage stamp in the world. Though it was unique in its own poetic ways, Mulready’s stamped lettersheet idea had to be held back, because of its controversial mocked caricatures of Britannia and a rather emotionless lion in the middle. 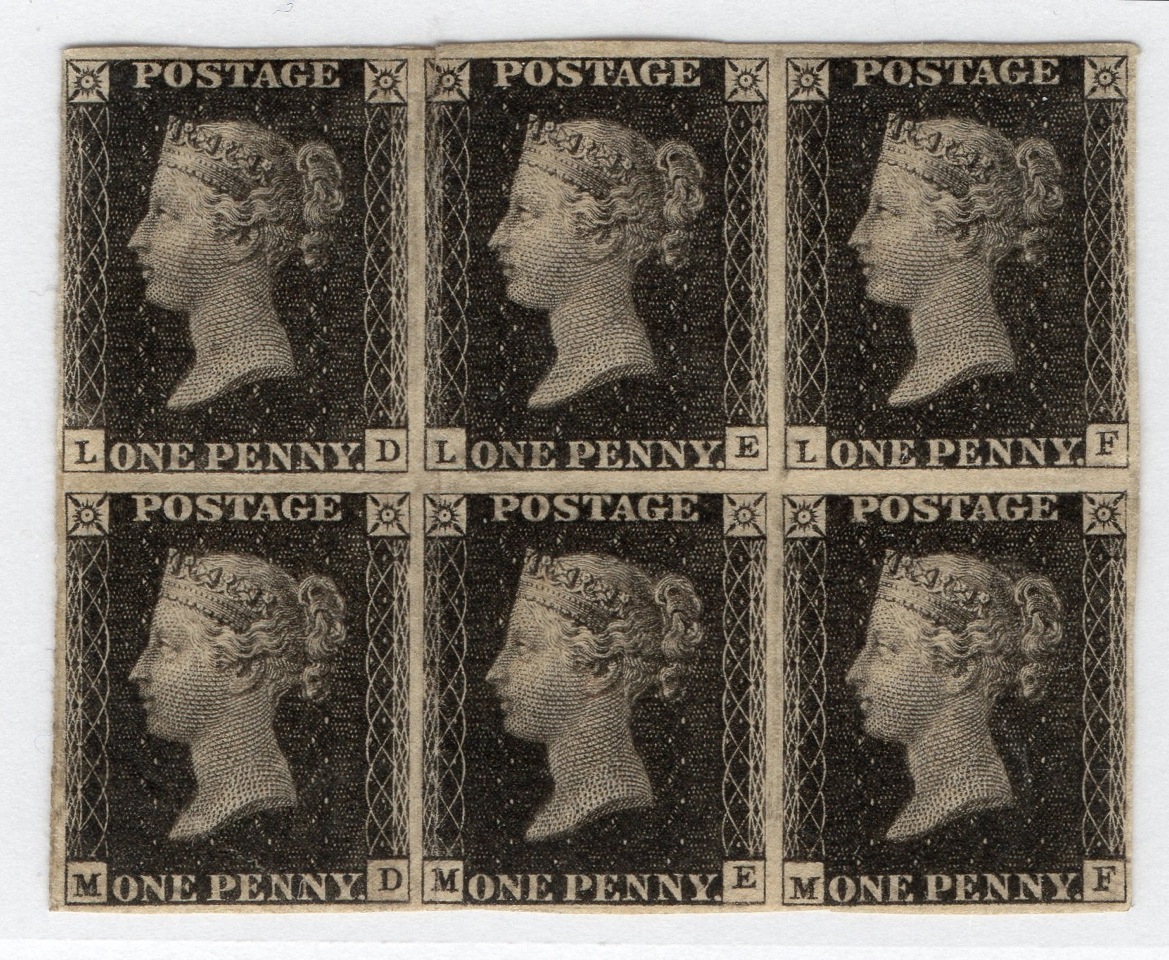 Unlike the first design, the stamp became a talking point, though for a short period. It featured a beautiful sketch of a 15 year old Queen Victoria which was made by artist William Wyon. Even though Victoria was 21 at that time, the charm of this sketch made Charles and Frederick Health use it to make the die for its printing, The stamp also did not follow the conventional technique of featuring the name of the country as Victoria was invariably a mirroring identity of the nation. On the contrary, it had the word “Postage” which differentiated it from the revenue stamps that had been used for decades. This is what makes The Penny Black a collector’s choice. The Penny Black earns its name as the first adhesive stamp with a “glutinous wash” on its back side.

One small point of inconvenience was that the post office guy had to literally cut the stamps into pieces with scissors, as the concept of perforation was only introduced 14 years later. That’s the reason why this beauty saw its end very early. Also, the dark black ink looked almost identical to the red ink that was used to cancel stamps – making it highly reusable illegally.

The birth of Penny Red

All these reasons amounted for the treasury’s radical decision to reprint the stamps with red ink and use black ink for cancelled stamps. Though Penny Black’s life was for just 12 months, it is every collectors dream to own this priceless beauty.

Roughly 68 million stamps were printed, and today they are worth almost 1,800 to 15,000 Euros each, rarer the costlier. Penny Black is also available in India on portals like Ebay. An unused, old Penny Black stamp in good condition can fetch you almost 3,00,000 Indian rupees!

Want to know more about other beautiful old stamps of the world?  Mintage World is the right place to be! India has also issued a stamp commemorating 150 years of Penny Black. There is more to read on Mintage World. Not just stamps, we have some very interesting insights about the world’s oldest coins as well!

Share
One thought on “Every philatelist’s dream girl – The Penny Black!”