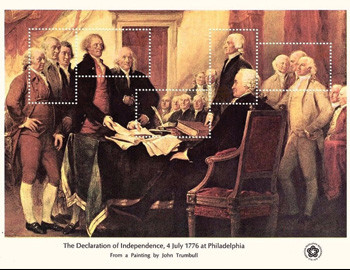 The United States Declaration of Independence inspired many other similar documents in other countries in the 18th and 19th centuries. 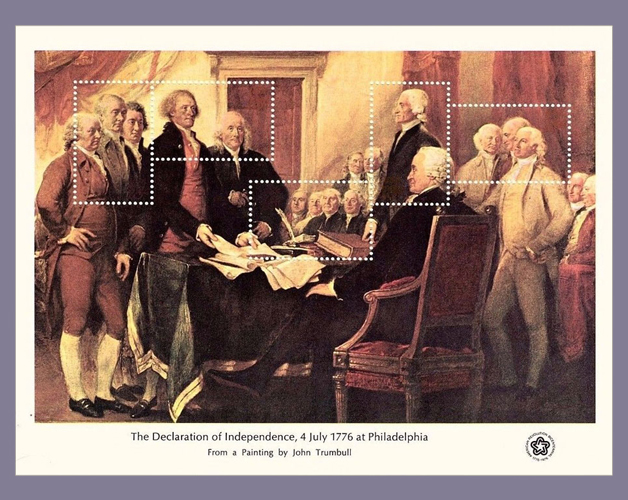 “No taxation without representation”:

Throughout the mid 18th century, the North American colonies were at odds with various British imperial policies. The major trigger was the Stamp Act passed by the British Parliament in 1765 which increased taxation for raising the revenues for the British Army in America. In spite of major opposition from the American colonies, the act was enacted in November 1765. This was followed by widespread boycotting of British goods and attacks on the British custom houses. After a lot of opposition, this Stamp Act was finally repealed in 1766.

However, more acts were imposed, such as the “Townshend Acts” (1767), which were a series of five acts imposed on the British American Colonies to increase the taxation to raise revenues, this time, to pay the salaries of the governors and judges.

As a result of the widespread protest against these acts, the “Townshend Acts” were partially repealed and only the “Tea tax” was retained.

The famous ‘Tea Party’ of the Sons of Liberty in Boston was a result of the infamous “Tea Act” of May 1773. The Tea Act helped restore the East India Company’s refund on the duty for importing tea into Britain, and also permitted the company to export tea to its colonies on its own account.

The taxation, slavery and other political issued led to the mass protests against the ships landing at four American ports. When the tea ship Dartmouth arrived in the Boston Harbour in late November, a group of some hundred men, some dressed as the Indians, boarded the vessels and dumped all chests of tea into the water.

The British government reacted harshly to this and this party gave an impetus to the American Revolution.

The Tea Party became an iconic event of American history. And in 1973 the US Post Office issued a set of four stamps of 8 cents each which together make one scene of the Boston Tea Party. 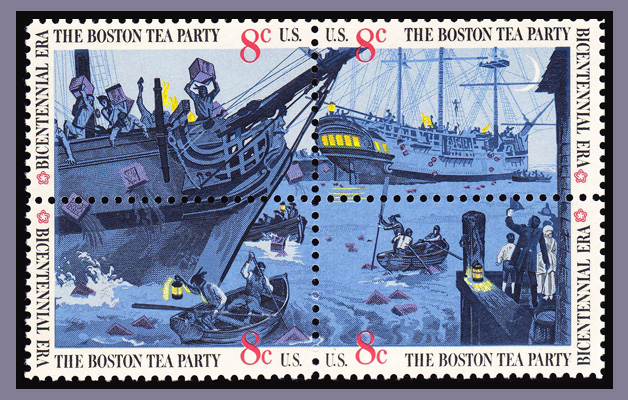 Outraged by the Boston Tea Party and other acts of destruction of British property, the British Parliament further enacted many coercive acts which came to be known as the Intolerable Acts, in 1774.  These acts established military rule in Massachusetts gave criminal immunity to the British officers and further coerced the liberties of the Colonies.

The First Continental Congress was convened in 1774 to consider a united American resistance to the British. The Congress organized a boycott of British goods and petitioned the king for repeal of the acts. However, the pleas fell on deaf ears.

Massachusetts led the resistance to the British, forming a shadow revolutionary government and establishing militias to resist the increasing British military armies across the colony.

And at Lexington and Concord in April 1775, the-the first shots of the American Revolution were fired!

Patriots in each of the thirteen colonies formed Provincial Congresses that assumed power from the old colonial governments and from there built a Continental Army under the leadership of General George Washington. In March 1776, with George Washington as the new Army Commander, the Continental Army forced the British to evacuate Boston. The revolutionaries were now in full control of all 13 colonies and were ready to declare independence.

In January 1776, Thomas Paine published Common Sense, an influential political pamphlet that convincingly argued for American independence. In that, Thomas Paine marshalled moral and political arguments to encourage common people in the Colonies to fight for the egalitarian government.

Paine’s vision of a radical democracy was favoured by conservatives like John Adams. ‘Common Sense’ is considered as an important stepping stone towards Independence.

The final nail in the coffin:

The Prohibitory Act of February 1776 passed by the British parliament declared American ships to be enemy vessels and blocked all the American Ports.

John Adams, a strong supporter of independence, labelled the Prohibitory Act the “Act of Independency”, calling it “a complete Dismemberment of the British Empire”.

And finally in the spring of 1776, the Continental Congress called for states to form their own governments, and a five-man committee was assigned to draft a declaration of independence.

Thomas Jefferson who had earned a reputation as an eloquent voice for the patriotic cause after his 1774 publication of “A Summary View of the Rights of British America,” was given the task of producing a draft of the Declaration of Independence.

After striking out a few paragraphs, the Declaration drafted by Thomas Jefferson was unanimously approved on the evening of July 4! On August 2, the declaration was signed.

The Declaration of Independence, as originally written by Jefferson, was divided into five sections, including an introduction, a preamble, a body (divided into two sections) and a conclusion.

The introduction stated the need of the colonies to gain independence from Britain, the body of the document outlined a list of grievances against the British Royalties. The Preamble of the Declaration included its most famous passage talking about the equality of men, their inalienable rights and liberty and security of these rights. The incident ensured an establishment of democracy and responsible governments.

“We hold these truths to be self-evident, that all men are created equal, that they are endowed by their Creator with certain unalienable Rights, that among these are Life, Liberty and the pursuit of Happiness.”

Asserting the people’s right to chose their own government, the Declaration of Independence became a significant landmark in the history of democracy.

However even after the declaration of the independence in 1776, the American war of Independence was far from over. It would go on for five more years. The Declaration’s most important diplomatic effect was to allow for recognition of the United States by friendly foreign governments.

Under the terms of the treaty, which ended the War of the American Revolution, Great Britain officially acknowledged the United States as a sovereign and independent nation. And thus it was this treaty that truly liberated America and acknowledged the newly found nation of Unites States of America! 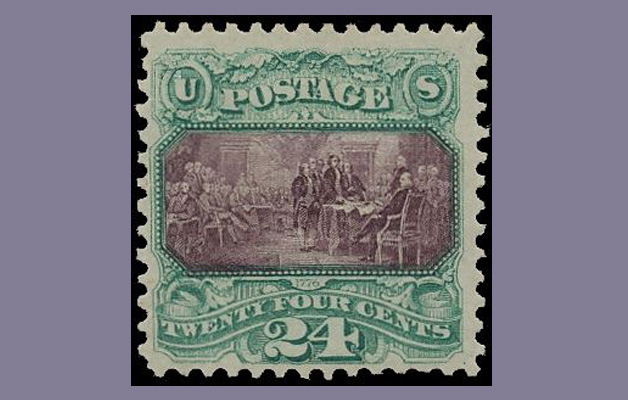 The Declaration of Independence is also featured on the reverse of a two dollar note. Its first use was on the reverse side of the $100 National Bank Note issued in 1863.

This iconic event of American history is also portrayed on commemorative coins and medals.

To know more about the coins, stamps and notes watch this insightful docudrama by Mintage World.